Another review of the Diana, you say? Aren’t there enough already? Yes, there probably are . . . but here’s another one anyway.

If I am honest, I went into this as a sceptic. The cult of the Diana has sometimes irritated me with vastly over enthusiastic reviews and some really bad photography disguised as creativity. Don’t get me wrong, some people have done great things with a Diana, it’s just that a lot of what is out there just doesn’t appeal to me. However, I thought I should give one a try. 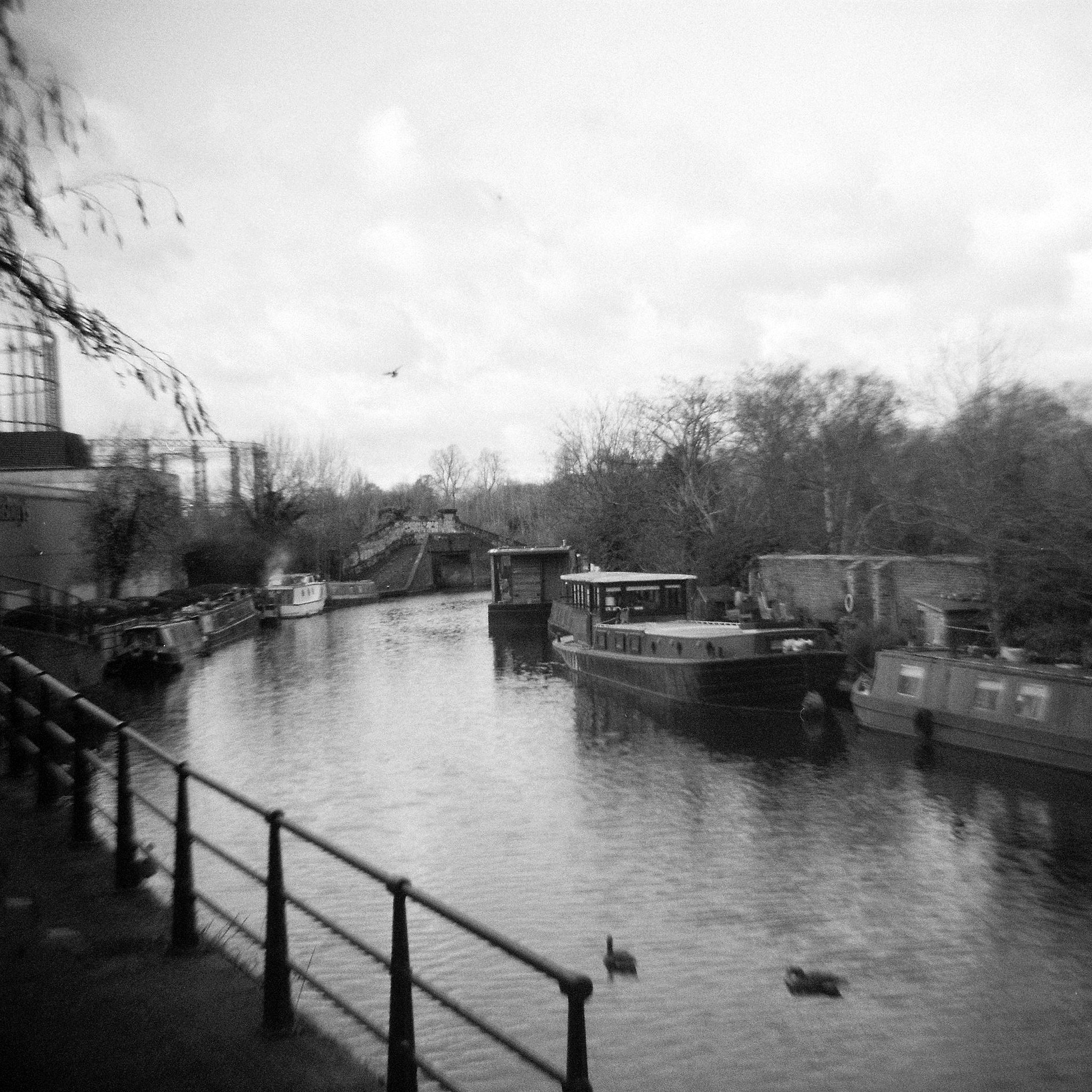 My Diana is an original, in other words not an F+ made by Lomography. It is a basic plastic camera with two shutter modes ‘B’ (for bulb) and ‘I’ (for instant). The shutter speed for ‘I’ is debatable at best, varying estimates online give anything from 1/30’ to 1/100’ so I just metered for 1/60’ and hoped for the best. 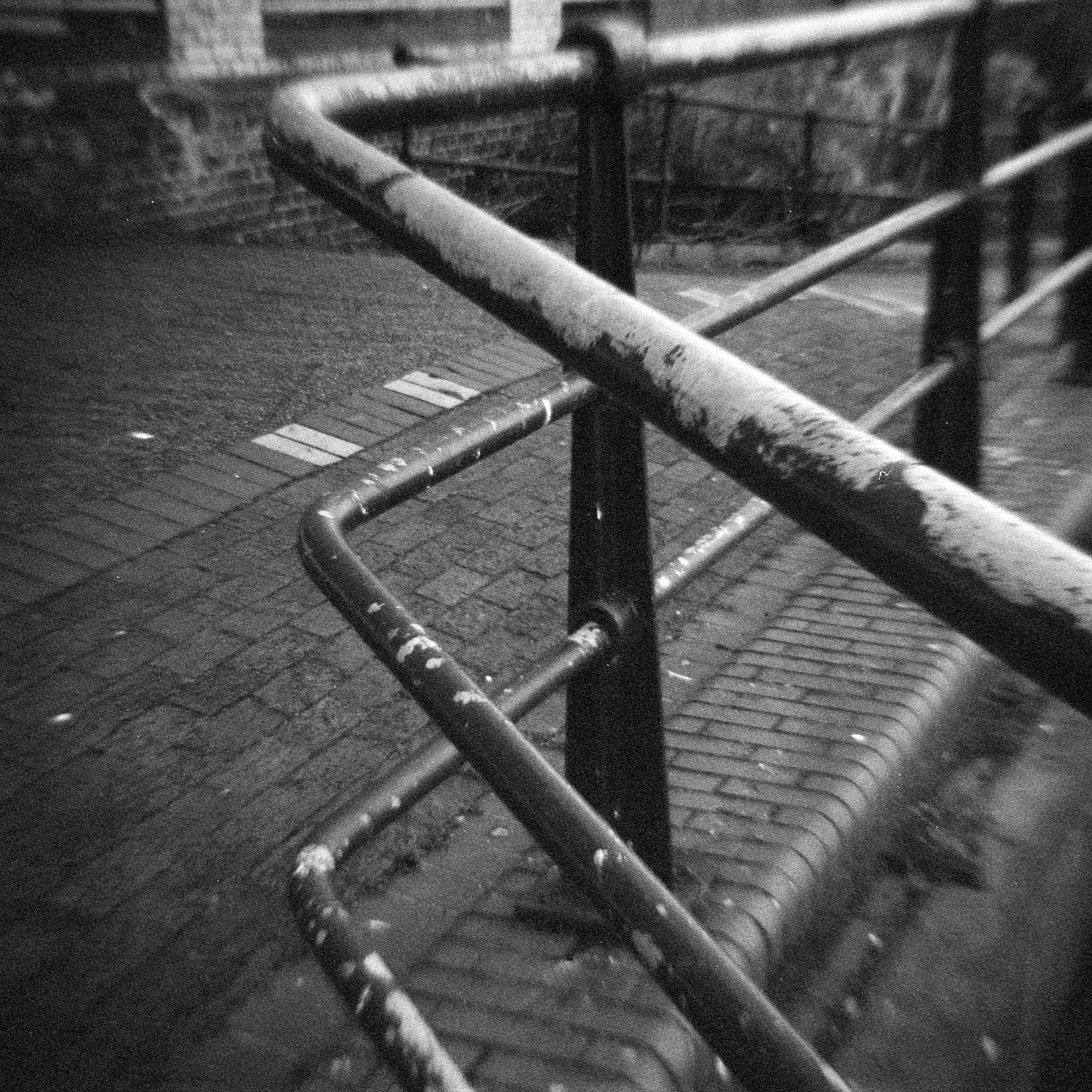 There are three aperture settings represented by a cloud, a sun and cloud, and a sun symbol. Moving the lever moves a small plate across in front of the shutter with two different sized holes in it, actually in the case of the cloud symbol it just moves the metal plate out of the way. Allegedly these are f/11, f/13 and f/19 – according to Wikipedia anyway. 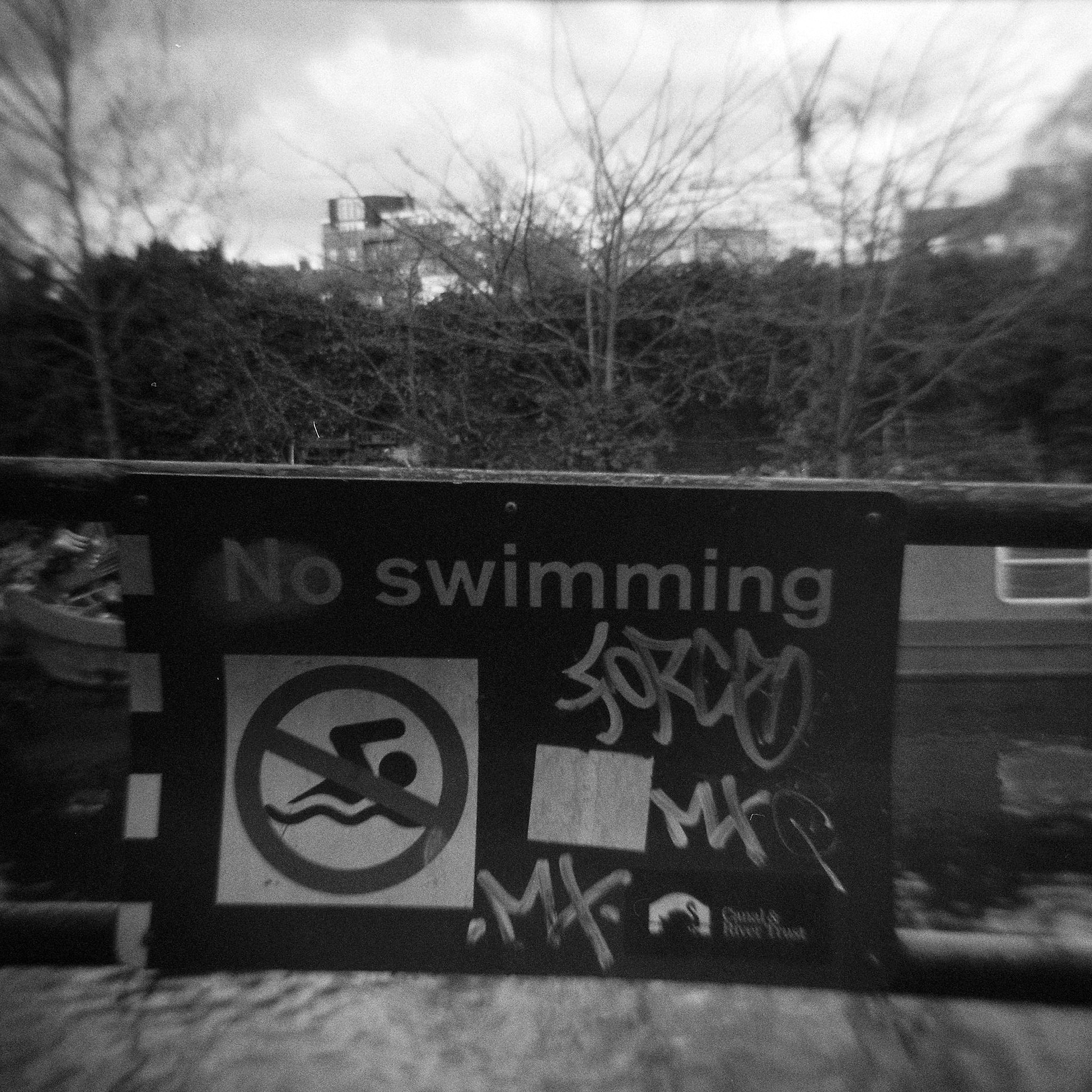 The camera has three distance settings for focus: 4-6ft, 6-12ft and 12ft-INF. other than the film wind knob that is it for controls. 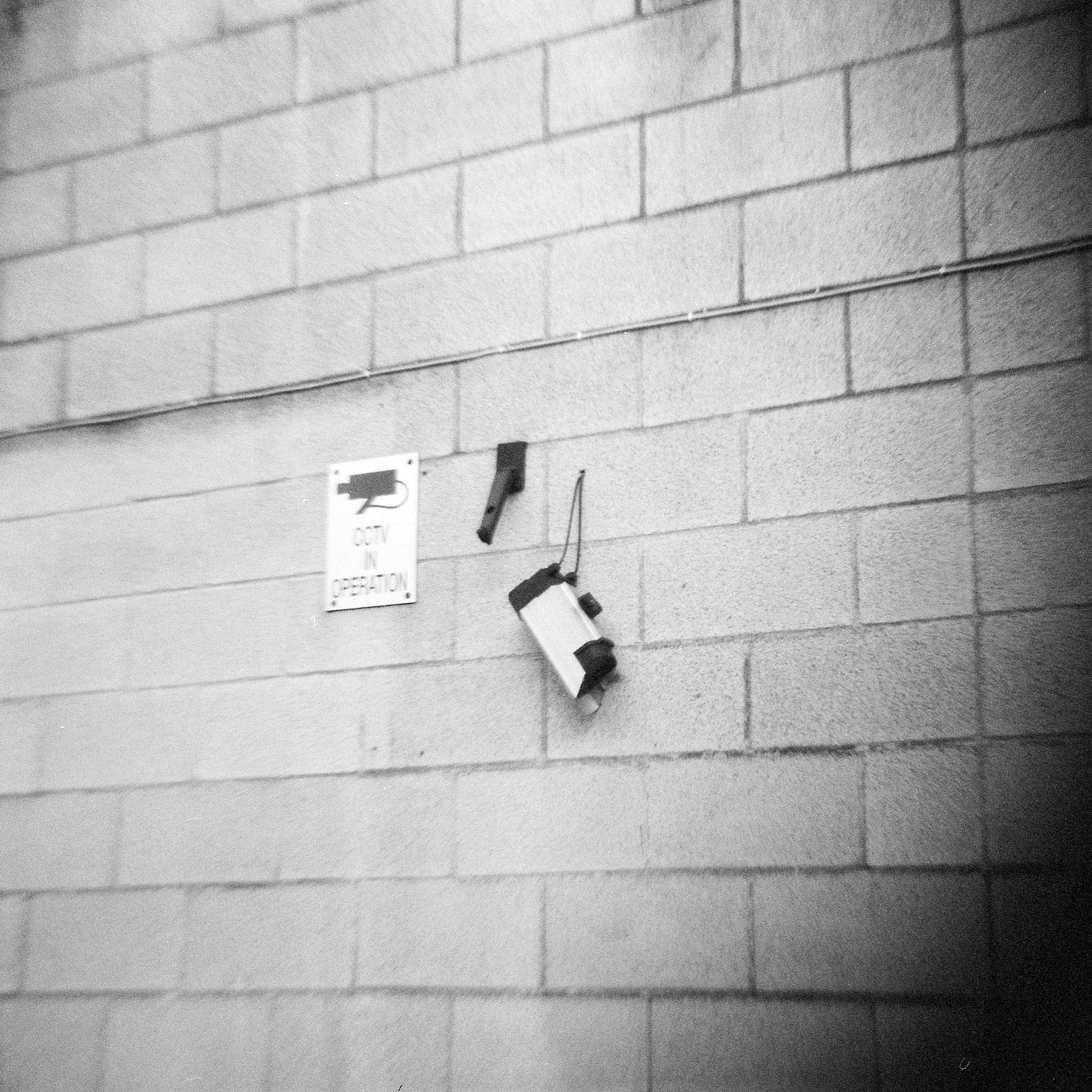 I bought my Diana from eBay and it arrived broken. The package had clearly been dropped and the strap lub on one side was broken and a chunk of the top, blue part of the camera was missing along with a tiny piece at the top of the removable rear of the camera (it comes off to load film). I was all ready to send it back and angrily demand a refund when I realised I had only paid £2, including postage, for the camera in the first place. 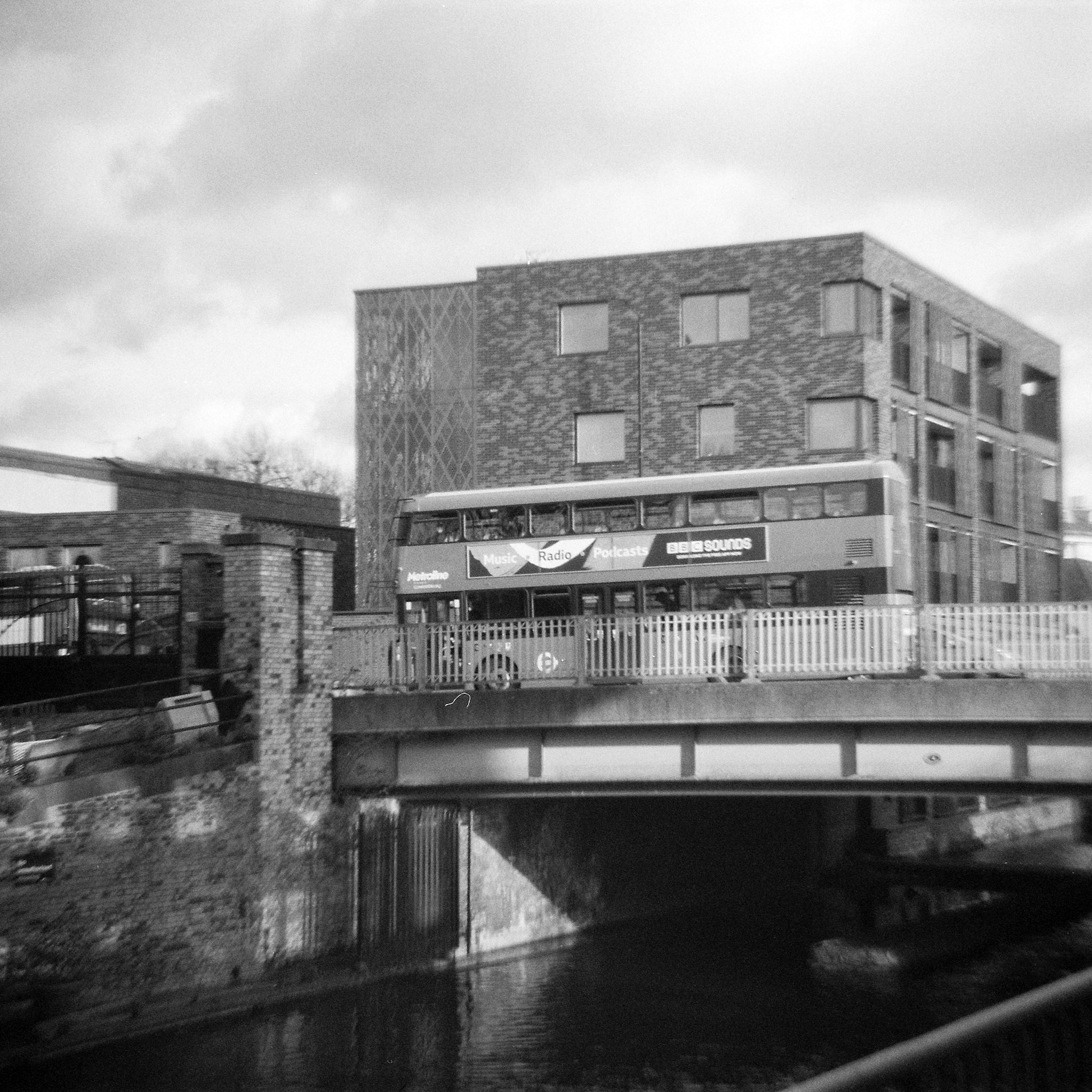 On closer inspection, it was clear the blue top plate is a completely separate section to the black lower part so the hole would not let in any light. So I put a bit of red tape (all I had to hand at the time) over the hole and considered it fixed. The tiny piece of the rear that was missing wasn’t likely to let in any light either so I thought I would just run a film through it and hope for the best. When I did I taped up the seals on the back anyway as i’m Not a fan of light leaks and, even in great condition, these cameras are notorious for them. 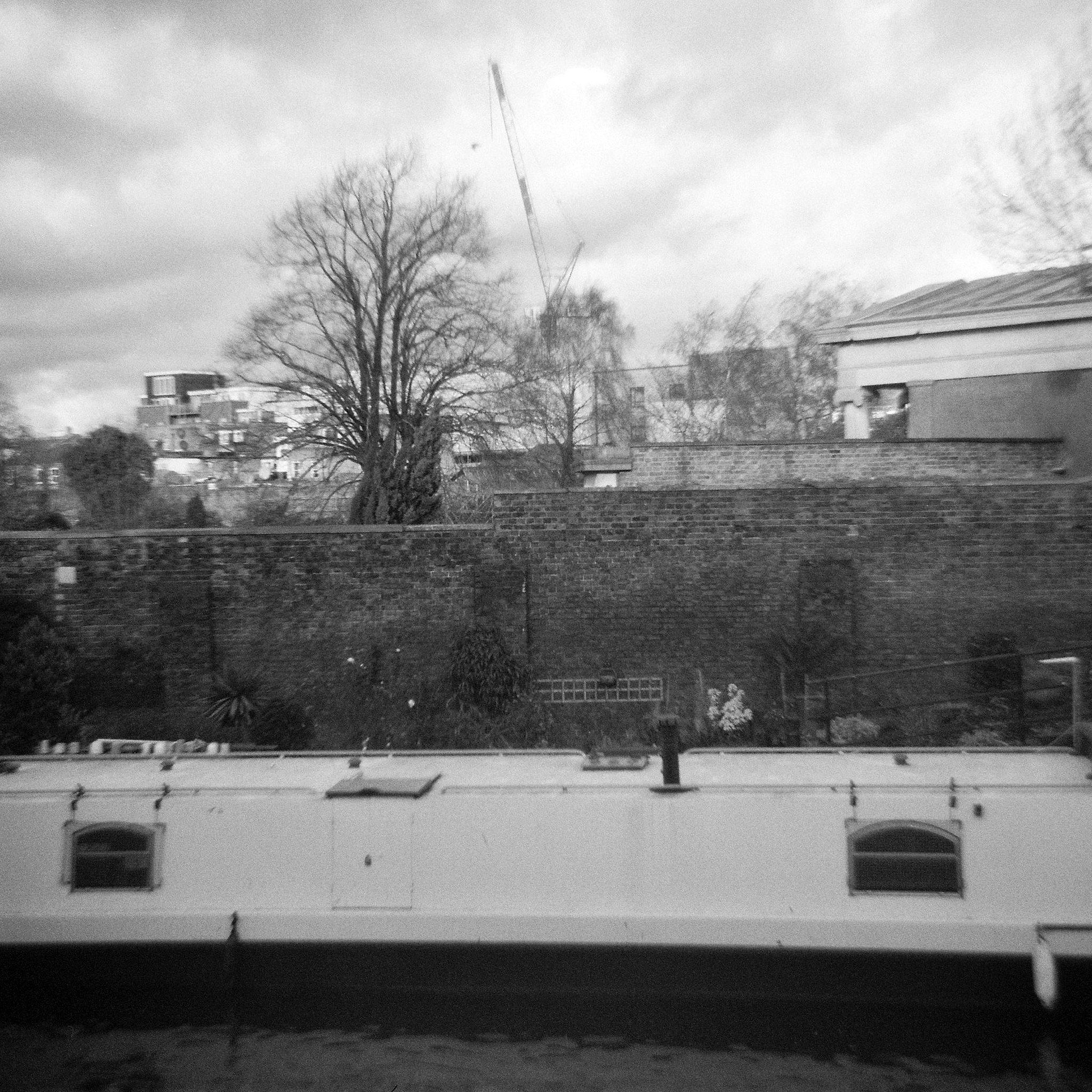 In operation it is very simple – choose an aperture, choose the distance and press the shutter switch. The viewfinder gives a fairly approximate framing of your shot but that is about it. I ran a roll of Ilford Delta 3200 through it, a film I have never had much luck with, and went for a walk along the canal behind Sainsbury’s. 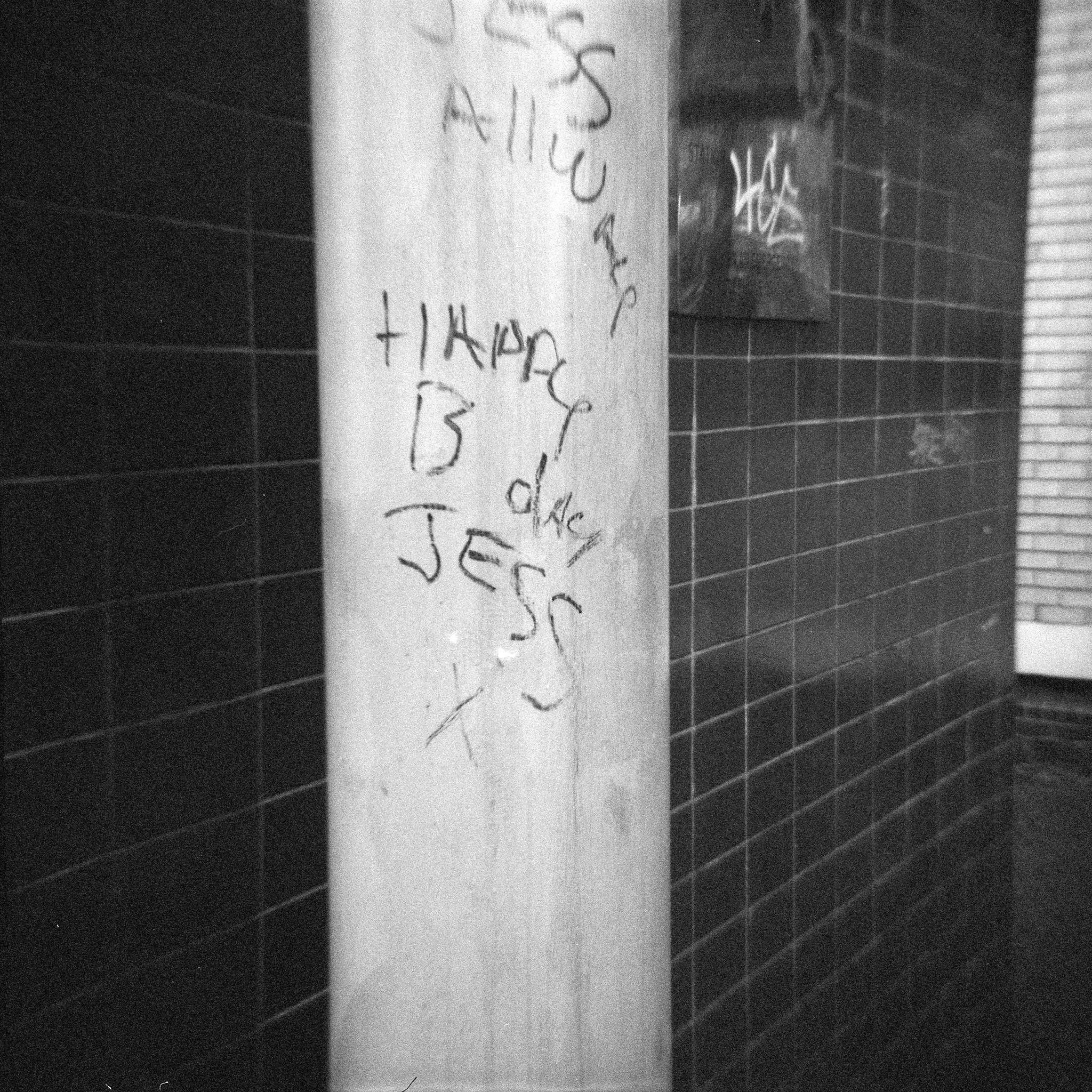 I have to say, I am pretty pleased with the results. The focus is generally good (except when I judged it wrong) and I like the pictures that came out. They’re a lot sharper than I expected and the vignetting and bokeh all look good. Okay, I admit it, I am a convert to the Diana. Just don’t expect me to publish images with light leaks or double exposures – the one double exposure I did was purely by accident! I will use this camera again. 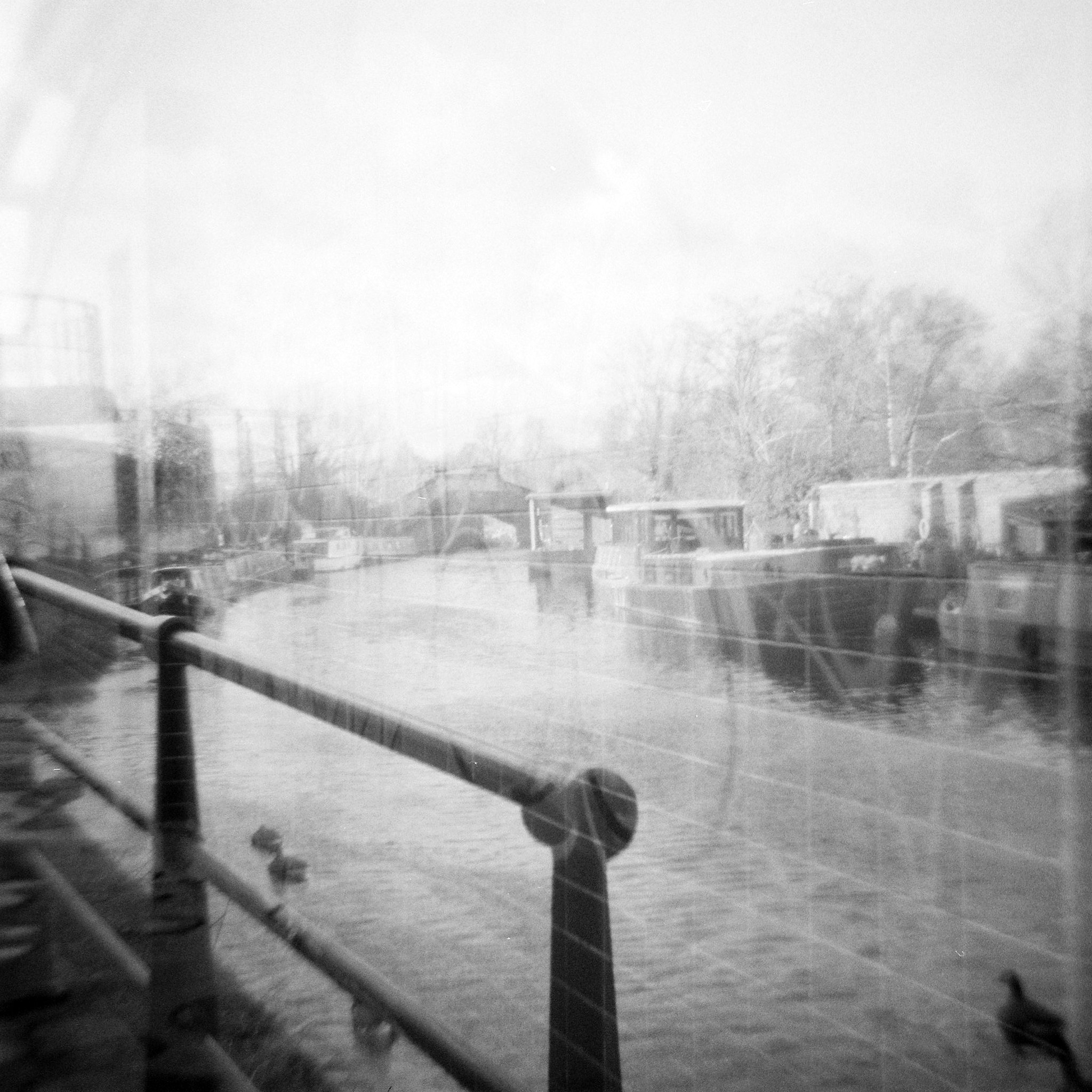 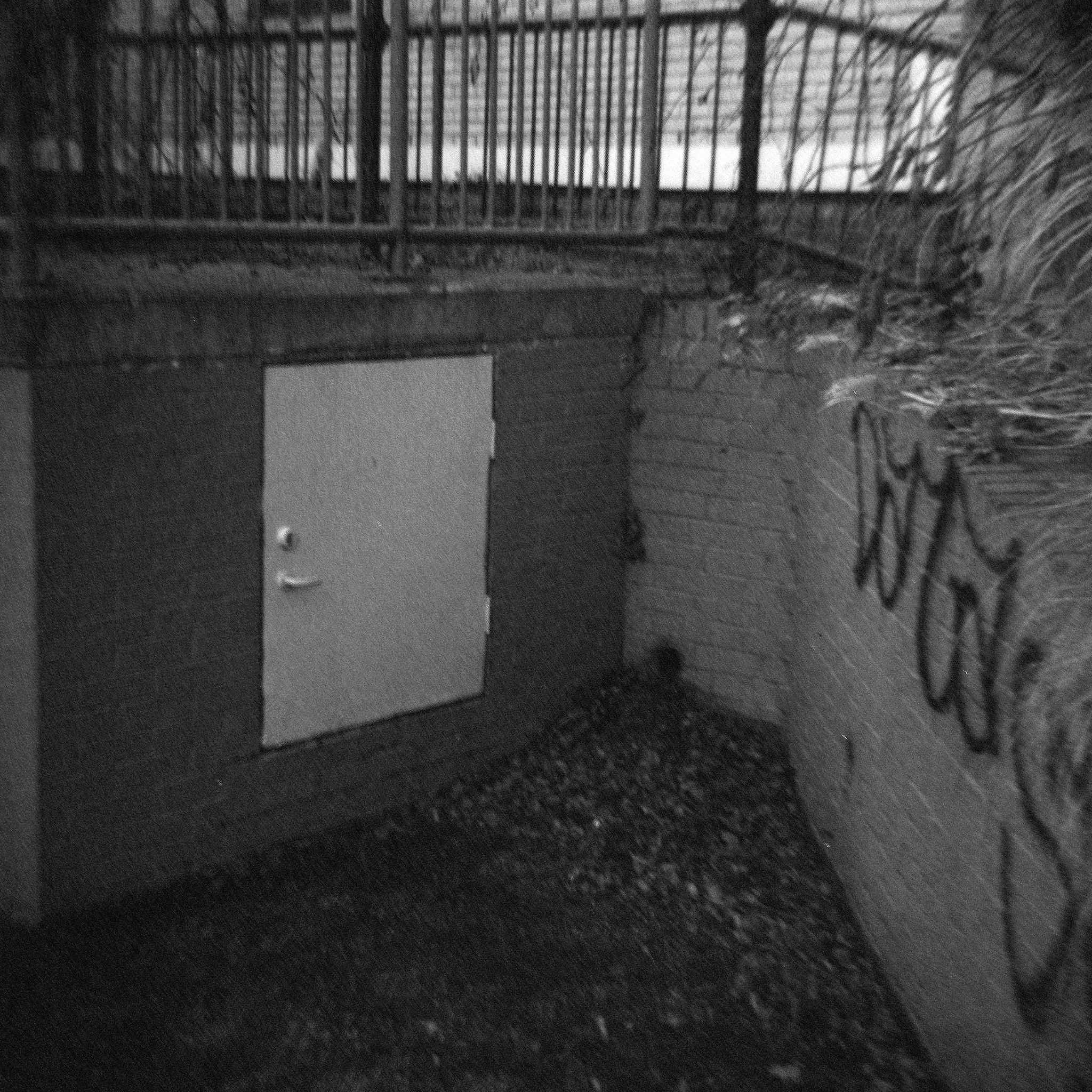 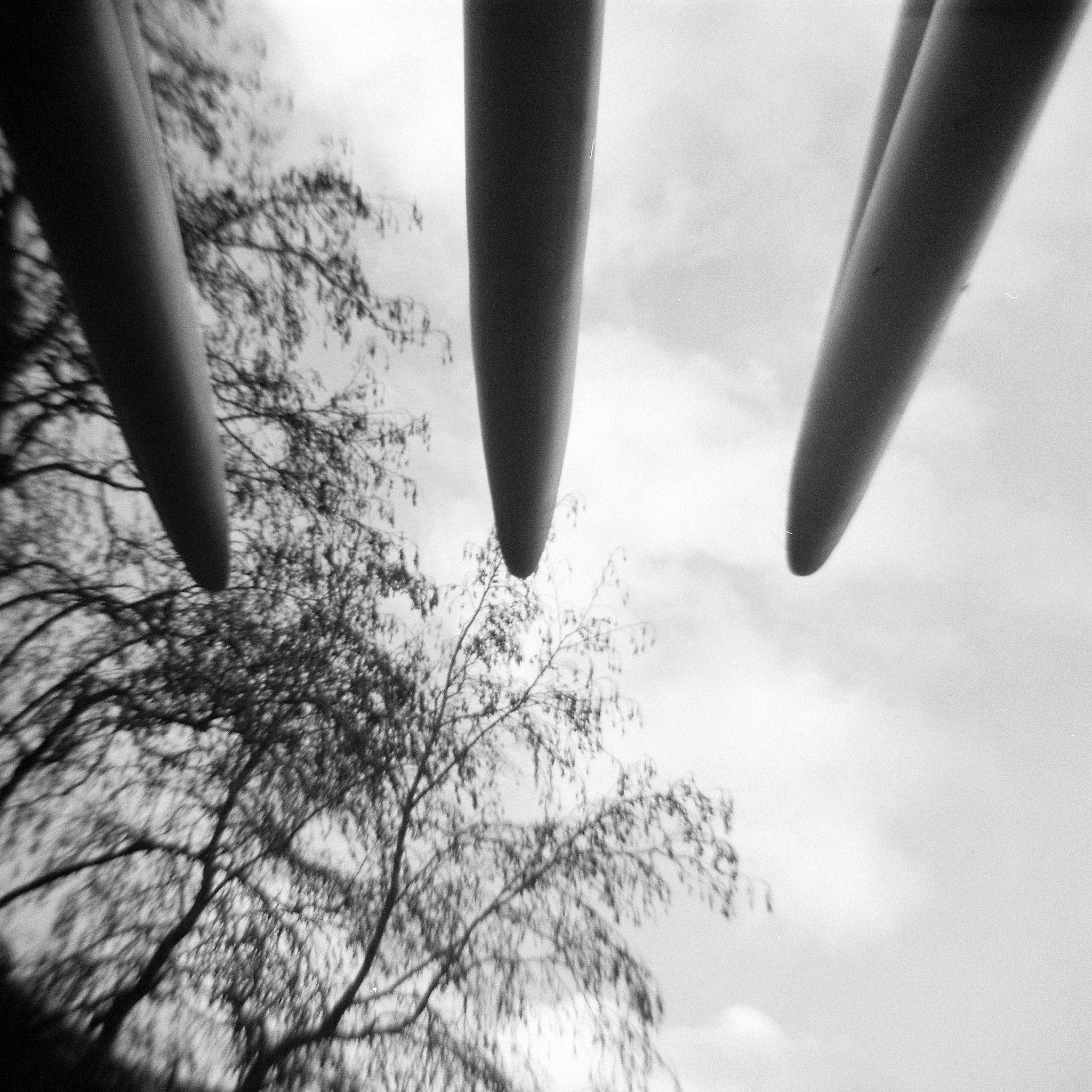 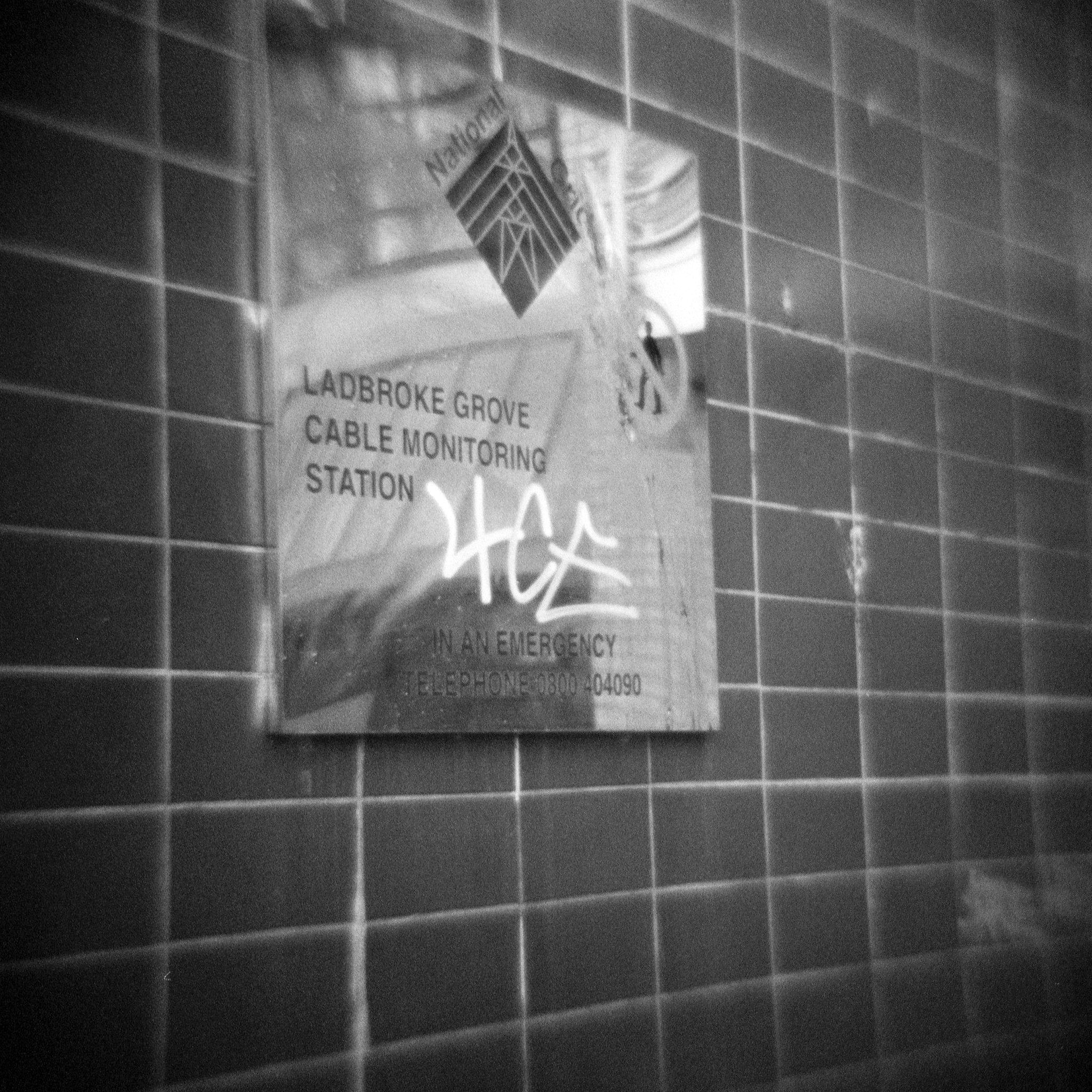